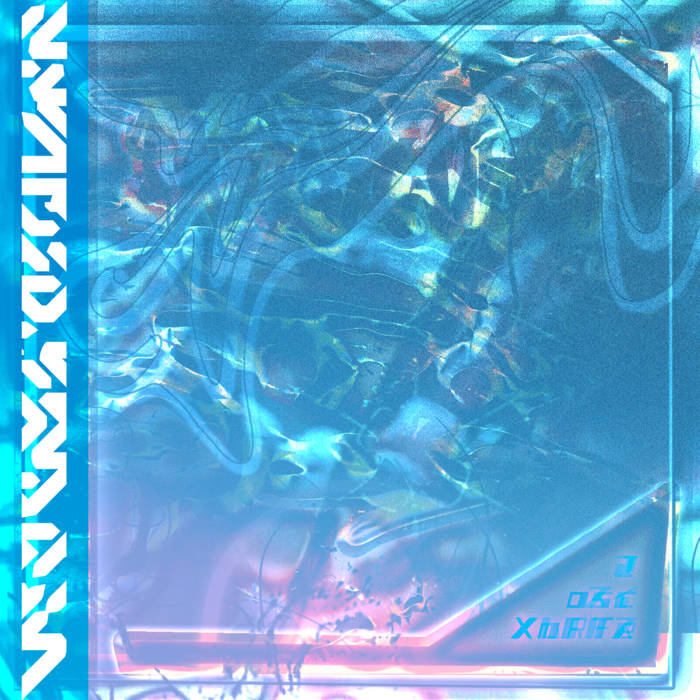 A band like Lucid Den could not have been born anywhere but Monterrey, a city where making art is an act of civil defiance in itself against its conservative work-centered culture that permeates everything from its aesthetics to its politics; and an album like Ice Storm X could not have been made by any other band but Lucid Den: a trio with a finely-tuned ear for making maximalist dance-pop anthems with post-ironic lyrics based on a myriad of influences. What started in 2014 as the bedroom project of two high school graduates making ambient electronic music inspired by video game soundtracks (explorations that culminated with the release of Astropunk, the band's first studio album in 2016), slowly evolved into a futuristic experimental pop trio, turning heads in their hometown's indie scene with their energetic, ambitious performances and sharing the stage with artists such as Prince Daddy & The Hyena and McKinley Dixon.

Citing everything from ABBA and Earth Wind and Fire to Animal Collective and Kyary Pamyu Pamyu as inspiration, Lucid Den subverts every possible expectation for a northern Mexican indie outfit. Adventuristic. Electronic. English language. But reasons for these apparent impossibilities exist, which must be found beyond simplistic, stereotypical narratives. The year is 2011. The psychopathic and needless Mexican Drug War made "Stay at home" a mode-de-vie for the masses a whole decade before it was cool to do so, and a generation of introverted, understandably sheltered teens forged their subcultural identity in the online world. Raised by the internet, a teenage misfit Otrembu Eio found his home in noise rock, chillwave, IDM, and anime openings. Forming an authentic identity by appropriating foreign cultural artifacts and adapting them to one's experience is as Mexican a thing as it gets –just take a look at corridos or cumbia– Otrembu only did it in his own bedroom and without anyone knowing. Friendless and moneyless, it's easy to see how no one noticed "ATLC" or "Eternal Summer" when they first came out, yet, after observing every microgenre of the late '00s and '10s that came and went –chiptune, bloghouse, seapunk– even attending the legendary virtual festival SPF420, a maverick, aggressively experimental aesthetic silently consolidated. Simply put, Lucid Den is both a case study for Internet-era globalization and the latest, most authentic form of "Mexican music" out there.

Ice Storm X is an album heavy on local, international, and interplanetary references. "Macroplaza" –named after the main square of the band's hometown– sounds like an alternate-universe MGMT using Game Boys as instruments, while the unbelievably funky "Sun Prism" could easily be a Yasutaka Nakata production. "Summer Blue" passes as a lost French touch MTV hit from the late '90s, but "Perfect!" is Justice remaking a more introspective 100 gecs. "The Light" is a fiery, stadium-ready, neo-psychedelic religious experience of a synth rock anthem, all while "Binary Star" is Lucid Den's take on transhuman space-disco romance, as told with bassy post-EDM synths over a spiced-up four-on-the-floor beat. "Alone" and "Cactus Bliss" are two lush gems of synthpop perfection that compliment each other ever so elegantly. Other tracks present a dark side to the cyberdelic show: the retro-'00s trance pop number "Hail" is a frigid, creepy-cute love song, while "Ice Storm" is an ominous ambient prayer that somehow turns into doom metal before fading away like a bitcrushed dream.

Lucid Den have found a way to travel from Earth to far space and back in just under an hour, and can't wait to take you with them.